Some months ago, President Cyril Ramaphosa of South Africa, during his visit to the Department of Home Affairs (DHA), announced that the country would launch its e-visa in November 2019 for South Africans who want to travel abroad and for international tourists who want to come to South Africa.

“The new changes to our visa system are meant to make it easier for tourists to experience our country and contribute to our economic growth and development through their purchase of goods and services.”

A spokesperson for the Department of Home Affairs, Siya Qoza, while speaking to BusinessTech, said that the trial phase of the new e-visa system is to test out the resilience of the system, which had already been successfully trialed out by the department in a controlled environment. According to Qoza:

“The pilot test would be conducted with Kenya first at the Lanseria and OR Tambo airports.” Qoza added that “At the end of November, we will evaluate the project and look at which other countries to expand the e-visa system to.”

Therefore, the Department of Home Affairs has announced that the new electronic Visa for South Africa would be made available to Kenyans as from November 1, 2019, to trial out the effectiveness and efficiency of the system. According to Qoza, the entire e-visa application process is estimated to take a Kenyan applicant about 20 minutes as long as all the necessary documents and requirements for the application are at hand when completing the online process.

Qoza added that in case any necessary document is missing, the Kenyan applicant can save the application process to continue at a later time from exactly where he or she had stopped.

South Africa Has Wide Range of Tourism Offerings for Indian and Expatriates Are you an Indian Expatriate seeking to move to South Africa? South Africa has a wide range of tourism offerings to attra.. 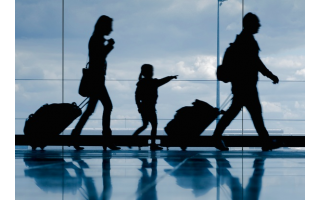 Since you may be traveling to the other country, it is important to be very clear about the prevailing regulations so that you don’t end up making any mistakes. You would probably not want to extend t..

Why tourist like to visit south Africa? South Africa has always attracted immense of tourists towards it because of its pleasant environment and seaside attraction. Other than this there are plenty..

Else Visa Experts - Provide you to information about dha 947 form ,our team able to solve you que..

110
2 years ago
Find out where to get free help now!
Request for South Africa Work Visa