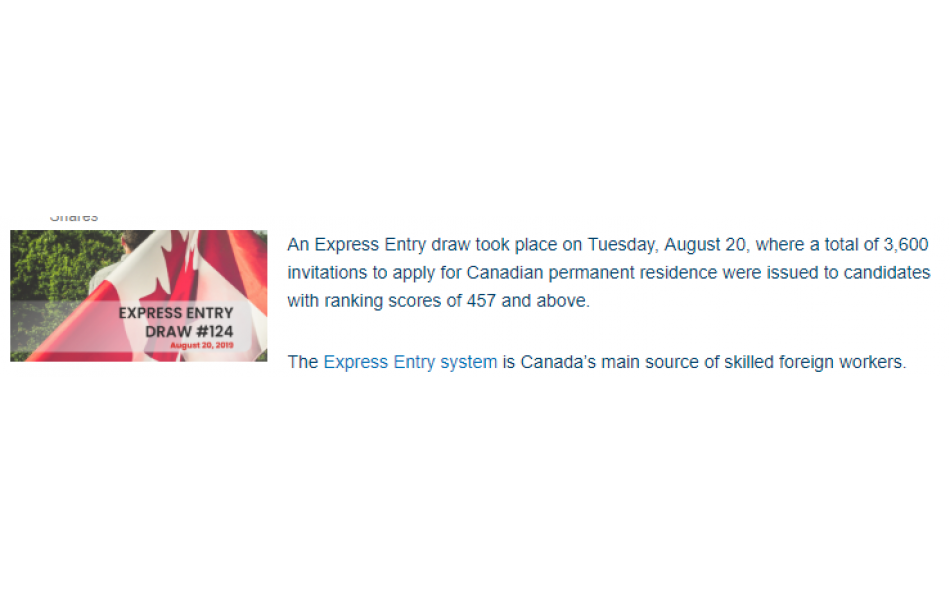 The Express Entry system in Canada is known to be the most important source of foreign skilled workers for the company. The candidates who are eligible, enter the Express Entry Pool and a score based CRS (Comprehensive Ranking System) is issued for them based on their age, skilled work experience, education, and proficiency in languages like French and English along with several other factors. Among all, ITA (Invitations to Apply) for the Canadian Permanent Residence is issued only for the ones with the highest rankings. This is done during the regular draws.

The one that took place on Tuesday had been those among the rare draws and witnessed the lowest requirement of CRS scores since May 1. Also since September 8, 2015, there hasn’t been a draw until Tuesday.

To be able to enter the Express Entry pool, candidates should first meet up the considerable eligibility requirements that may be poised for one among the three of Canada’s Federal High Skilled economic-class categories for immigration. These include the Federal Skilled Trades Class, Canadian Experience Class and Federal Skilled Workers Class.

A Glance at the CRS cut-off Threshold

IRCC (Immigration Refugees and Citizenship Canada) was known to apply a tie break rule for the draw on August 20. For the same, the candidates had to submit their profiles before 24th March, 2019 at 15:32:42 UTC.  This implied that all the candidates who obtained CRS scores equal to and above 45s7 and entered their profile for the Express Entry pool before the mentioned deadline would have received an ITA. There were total 3,600 ITAs issued in the draw on Tuesday and have taken the total number of issued investments to 56,200.

Since July 10, IRCC had been known to be issuing 3,600 ITAs at once. From January 30 to June 26, IRCC issued 3, 350 ITAs for each all-program Express Entry draw. This implied that for the past four ITAs, there were 250 more invitations issued this more than any other draws during this time. The expanded size of the draws could have helped IRCC to exceed its record of ITAs issued within a single year which was 89,800 invitations that was known to be set last year.

Along with the two federal Express Entry Draws that had been conducted during the past eight days, there had been fewer provincial draws which include Express Entry candidates too.

The latest Tech Pilot draw conducted in British Colombia had invited 73 Express Entry and Skills Immigration candidates in order to apply for the provincial nomination on 13th August. These candidates were required to have job offers in any of the one among the 29 eligible occupations that had been mentioned in the British Colombia’s technology sector.

Also, at Prince Edward Island, this week, a draw was held which issued 143 invitations that were to be applied for a provincial nomination on 15th August. However, all of these invites were not linked to the Express Entry System.

On the same day, 15th August, a draw was conducted in Saskatchewan where a total of 150 invitations were issued and among those 45 were known to be linked to Express Entry. On August 19th, a draw held in Ontario, invited 997 candidates from the Express Entry pool in order to apply for the provincial nomination via the Human Capital Priorities Stream. These candidates were required to have work experience in any one among the mentioned ten occupations to get selected. Among all, submitting the Express Entry Profile is the first and the most important step to pursued for Canada’s Express Entry and the provincial nomination stream.

Further, as per David Cohen, senior partner, Campbell, “It had been quite refreshing to watch over an Express Entry Draw occurring this sooner after another, considering Canada’s high migration targets for the year 2019 and 2020. The Cohen Canadian immigration law firm in Montreal says, “Frequently or largely occurring draws could result in a considerable drop in the CRS score cut of that has been set currently. Also, it had been a really busy month for provinces in Canada many among whom had been addressing their respective labour market requirements by targeting several selective high-skill candidates from the Express Entry pool. 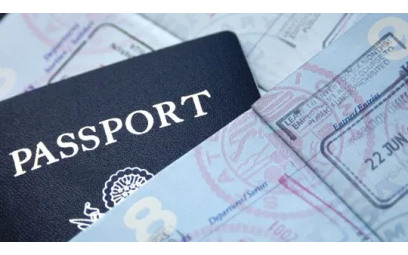 Else Visa Experts - Provide you to information about dependant pass uganda ,our team able to solve y..

Else Visa Experts - Provide you to information about uganda visa on arrival ,our team able to solve ..

155
2 years ago
Find out where to get free help now!
Request for South Africa Work Visa