Life as a Foreigner in South Africa 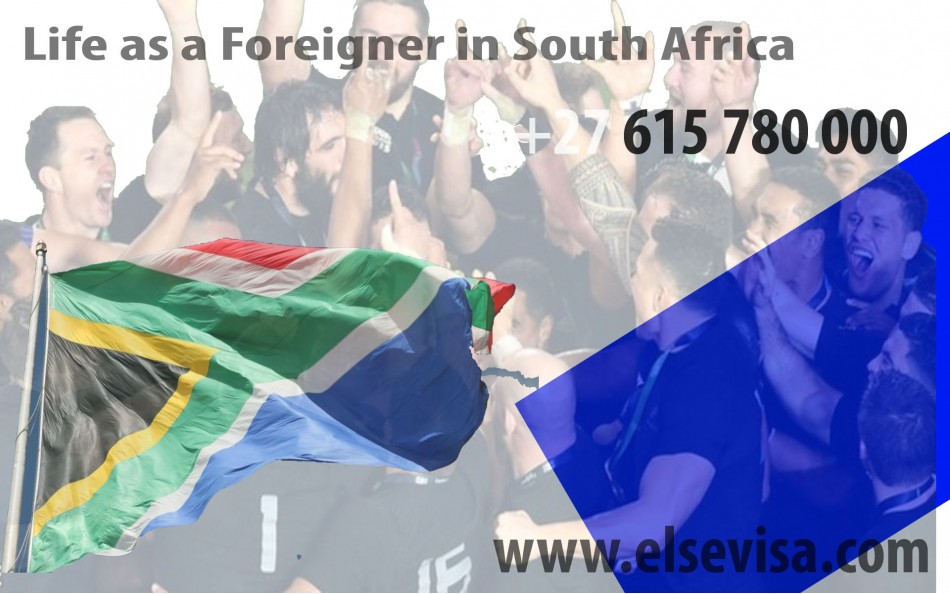 Life as a Foreigner in South Africa

While South Africa had been known the best for travelling and exploring some new expanses and cultures, there are also people who find it equally beneficial to immigrate permanently to the country. Whether you’re seeking a South Africa tourist visa or a permanent residence there, you will have to consider several different aspects before you settle there. It is very important to make sure that you carry out all the procedures to make your immigration legally apt and pose no further problems for you in the new place.

Boasting rich, diverse culture, South Africa would offer the visitors or residents some of the best experiences of a lifetime. Situated on the Southern tip of Africa, South Africa, with total nine provinces is known to be bordered by Mozambique, Botswana, Swaziland, Namibia and Zimbabwe. Out of all those, the most popular ones include the executive capital, Pretoria; the legislative capital, Cape Town; Port Elizabeth, Durban, Johannesburg, East London and Bloemfontein.

While many people may contemplate South Africa to be a world of wild animals and safaris, there is much more to explore in here. Of course, the South African cities are much different from other cities around the world that boast skyscrapers, busy, bustling roads, bars, restraints, clubs and shopping malls to fit different budgets. However, they are absolutely perfect for the ones who want to taste life at places that are wild, raw and virgin with their existences. You could easily find nature reserves nearby, and would have diverse cultures and lifestyles to explore.

South Africa had been popular among travelers for its unmatched natural treasures and splendid outdoor explorations it holds on for visitors. The place is highly preferable for its relaxed lifestyles. There are plethora of outdoor activities to take part including surfing, relaxing on the white sand beaches, exploring wildlife, mountains, trekking trails, far stretched Winelands and various other interesting stuff.

This is a cosmopolitan area, attracting people from all over the world to come and settle here. This place could offer people a higher standard of living at seemingly lower costs, making things way more sophisticated for expats from different parts of the world.

Moreover, there’s a dark side to everything and the poverty and prevailing crime rate at some places in the country still mystifies the decision to immigrate here. You may not know that South Africa is among the country with high crime rates. brutal crimes, like rape, carjacking, robbery, brutal attacks on motor-bikes affect residents as well as an expat. Som before moving into any country, it's better to take precautions to keep yourself on a safer side. Considering appropriate care and caution in South Africa, you would often find that the people here are friendly enough.

If you have any idea of immigrating or traveling to South Africa sprouting up in your mind, make sure that you get all relevant details about the places that could pose problems for you.

In comparison to other western countries, South Africa is relatively cheap. The Mercer cost in 2012 however, resulted in the weakening of the South African rand against the American dollar. You could easily find cities that allow the best standard of living at the cheapest. It is also the cheap cost of labor that makes it possible for expats to enjoy a good living standard to expats.

They could also look for domestic help as a norm if they desire. General services, alcohol and eating at restaurants are relatively cheap here. Before really migrating to the place, it would be suggestible to check out all these details appropriately to keep away any further discomforts or issues.

Over a quarter of expats in South Africa (27%) are generally unhappy with the friendliness of local people towards foreign residents, although around three in five (61%) say they have no problems finding South African friends; a similar number (63%) find it easy to make friends in general. Settling in is also not a problem for two-thirds of expats living in South Africa (67%).

Around 25% of expats are not happy with the friendliness of South African people for overseas immigrants, on the other hand, a handful of people have problems finding the problem in making friends in South Africa.

There are eleven official languages in South Africa these include: Afrikaans, English, IsiNdebele, Sesotho, Setswana, Siswati, IsiXhosa, IsiZulu, Sepedi, Tshivenda and Xitsonga. learn any of these to make some good south African friends.

South Africa is a country large in expanse, and possess climate that varies from place to place. While the Western Cape has a Mediterranean climate, the inner country’s climate is known to be semi-deserted which is further characterized by cold, dry winters, summers and rainfalls.

Job and Career Opportunities for Expats in South Africa

Like immigrating to any other country, it requires to know several important details about the place that can make residing easier there.

If you find the information about Extensions else visa will help you. Else visa team having gre..

111
2 years ago
Find out where to get free help now!
Request for South Africa Work Visa